How to keep your bicycle safe from theft

Not only are there more bikes than ever now on Britain’s roads (and cycle lanes), but their increased value is also appealing to thieves.

When bikes are stolen can also not be underestimated. Some thieves can set out to steal bikes, but some can be opportunists, so even the safest of settings can never be 100% secure.

Therefore, it is best to treat the situation as though your bike is likely to be stolen, and prepare for the worst-case scenario. Below are some tips which should help you make a thieves job very hard, and will give you the best chance of getting it back too.

Always use a bike lock

In your garage? Bike lock. In a secure bike locker at a busy train station? Bike lock.

Most can’t stop a thief (if they are armed with bolt cutters, most materials can be cut through), but they can delay the time it takes to get the bike, which could be all it takes between losing your bike and the thieves giving up.

ALWAYS try and use two locks. Firstly, lock the frame to the bike stand, and then use the second to lock the rear wheel to the stand.

Register your bike on the national database

Most bikes in the UK have a serial number. It is commonly under the bottom bracket where the pedal cranks meet, but may also be on the headset or rear stays.

You should join Bike Register –  the UK’s national, Police approved, bicycle marking & registration scheme – ASAP. It is completely free so you have nothing to lose, and it can help prove your bike is yours if you see it being resold on a site such as eBay.

The numbers are used by police forces across the UK, so you can report the bike as stolen to the police and on the website.

Keep this number written down with the serial numbers of other important items, such as your mobile phone. Bike Register is also an easy way for potential buyers to check whether a bike is stolen, and report any suspicious sellers.

Colours, any visible scuffs or marks, and any stickers should be taken note of. Maybe a reflector is missing from one pedal? Basically, anything which can tell your bike apart from others on the market.

Nothing on there to tell it apart? Maybe it is new so completely scuff-free?

Try purposely marking it in some way. If you do sign up to Bike Register, you can purchase security marking kits, as well as a label which informs would-be thieves that you use the system (and can therefore prove a bike is yours). This will deter many thieves, as it means they could be traced. 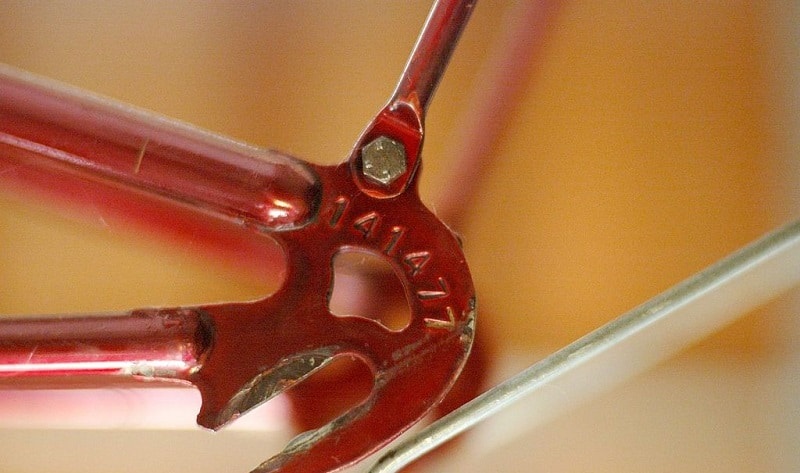 Most train stations and similar now have bike lockers, where your bike can be secured and only you can access it with a key or code. Choose these over simply affixing it to a lamppost or pole, even if it takes you a bit longer in the morning to sort it all out.

If you’re leaving it outside a supermarket or cafe, you may think that hiding it away down a back alley would be better but actually, put it in the busiest area. Yes, it is more on-show, but if somebody is trying to break a bike lock with a pair of boltcutters in broad daylight, there is a good chance of people stopping them (and CCTV catching them in the act).

At home? Don’t just think that because your bike is in the garage, it is safe. You should still secure it with a lock and remove the wheel and saddle. Bike sheds can also be a bit risky so ensure yours is very safe and secure.

Remove the saddle or front wheel

If it is being left alone, removing either one of these could help deter thieves. After all, a bike with one less wheel or no saddle is a lot harder to get away quickly, and fixing them to the frame and the bike stand will take additional time to free which the thieves can’t afford.

It does also mean additional time for you too, so while it isn’t always practical, it could be worth trying if it is no hassle.

Most cover damage or replacement parts, but if the risk of theft is high in your area, try taking out some insurance which covers theft away from home.

It can also be worth getting home insurance which covers theft of things like bikes from your home. Just be aware that many will say you must have had it very secure and out-of-view for the insurance to remain valid.

Where to store your bike at home 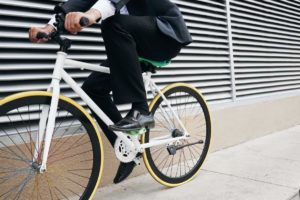 Cycling to work: A beginner’s guide to commuting by bike