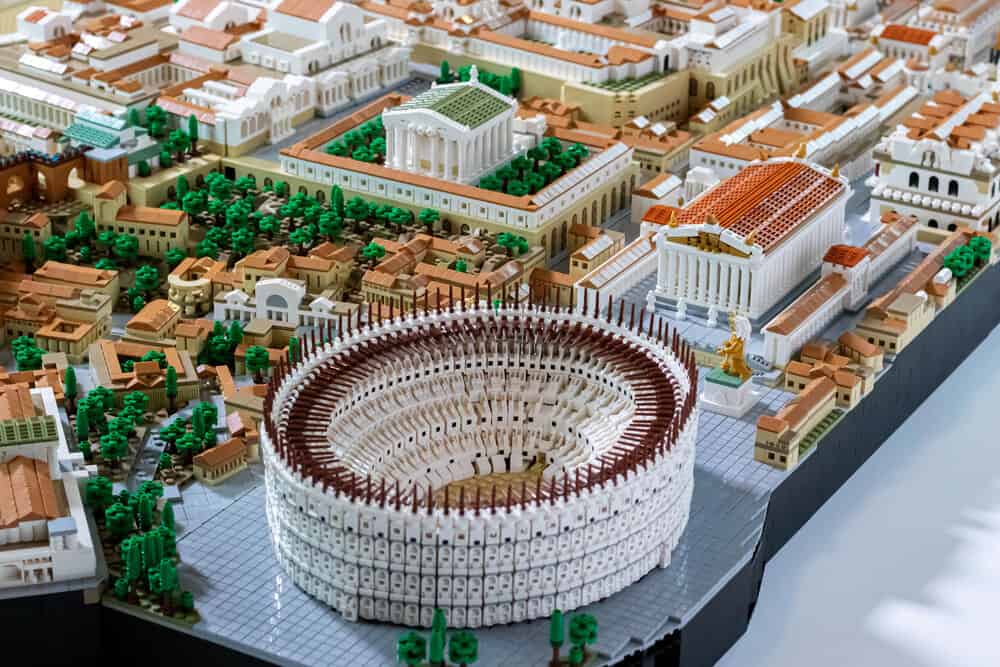 Given most children have mastered an iPad from the age of three these days, the future for LEGO is now somewhat hanging in the balance.

But as less and less of the new generations take up the ingenious brick as part of their passage into adulthood, older generations continue to get a kick out of creating new worlds and feeding nostalgic nerdom for Star Wars, Marvel and more.

Such is the size of LEGO’s growing adult fanbase, they’ve had to release more and more bricks appealing to a more mature demographic, with tons of 80’s and 90’s culture-themed sets being released in the last few years.

It’s only a matter of time before they start ramping 16+ production up to 11 and we already have our eye on some of the sets that simply must be put into action.

From the minds of some of LEGO’s greatest ever imagineers, these personal creations below show the power and adaptability which make the Danish toy such a phenomenal product – proving you can build just about anything.

From Tarantino to The Shining, here are some maturer models we desperately want to see on the shelves!

Lord Of The Rings’ Rivendell

While Lord Of The Rings LEGO did exist once upon a time, the sets never quite came close to capturing every key setting in the vast world of Middle Earth.

Rivendell, a valley ruled by elves, was an idyllic location in both the book and film adaptations, but was sadly never taken on by our Danish builder pals.

Step in LOTR nerd Alice Finch, who came up with her very own interpretation to fill a big Rivendell shaped hole in LEGO fan hearts.

At 200,000 pieces, this monstrous, mountainous mound of bricks looks like it took years to build, which would make it an ideal long-lasting  project for Tolkien obsessives.

And let’s be honest, it would probably still take up less time than watching the trilogy’s extended editions back to back.

LEGO Around The World Set

Given that these wee Danish bricks have managed to capture the imaginations of the entire world, we reckon this stunning Lego Earth set by Lasse Vestergard would be a pretty great celebration of the planet’s greatest ever toy.

Like the Disney ride ‘It’s A Small World’ without creepy animatronic children or an irritating accompanied choral durge, this sweet creation displays a central globe surrounded by country-themed segments.

Each segment contains a national flag, iconic landmark as well as some figurines of their most famous compatriots.

This is LEGO at its greatest and most wholesome!

There’s plenty of Batman based LEGO out there, but none that are quite as ingenious as this Batcomputer series by Rian Zagelow, otherwise known as the Brick Batdad.

Every mega fan of Gotham’s famed caped crusader knows that when Bruce Wayne’s alter ego isn’t fighting crime, he’s down in the Batcave on his Batcomputer, the most advanced computer system in the world.

But rather than playing World of Warcraft on it, the superhero detective is instead mining all the data he can on Gotham’s supervillains, bringing up plenty of glitzy graphics and unusual interfaces up on screen while he’s at it.

Inspired by his favourite character’s world wide web obsession, Zagelow has built this incredible 3D mechanised Batcomputer, which he can adapt to feature different models within and create the effect of a moving screen.

His most impressive creations so far include a DNA strand with binary code, a Superman profile screen and Gotham city’s skyline!

Game Of Thrones’ The Wall

Despite it’s rather flat ending, Game Of Thrones was the toast of the TV world last decade and proved that the fantasy genre is still number one when it comes to taking people’s imaginations by storm.

This kind of thing is also perfect for getting LEGO imagineers going too and it’s astonishing that LEGO never pounced on the opportunity to make some GOT-themed LEGO. We can only imagine the gratuitous violence and nudity perhaps put them off.

Nevertheless, plenty of brilliant LEGO creators have turned their skills to helping GOT come to life via LEGO and our favourite design is probably this creation of the infamous Wall by Vancouver LEGO club.

While it might look like a monotonous monolith of white, you can’t deny it’s spectacle and detail, with one side featuring a fortified Castle Black and the other displaying the edges of the forest beyond The Wall.

There’s a serious lack of horror-themed LEGO sets out there, which is fair enough given it’s association as a children’s toy.
However, that hasn’t stopped us wanting some and after seeing these creations inspired by Stanley Kubrick’s horror classic The Shining, our need for spookier bricks have only increased.

Made by Alex Eylar and Timofey Tkachev respectively, these two genius replicas celebrate the ominous elevator door scene and Jack Nicholson’s terrifying axe swing (although in this instance, it’s cleverly a brick separator).

For builders with a more classical taste, this stunning diorama by Rocco Buttliere features the seven hills of Rome in all their glory, complete with fantastic details like the colosseum, a circus maximus as well as plenty of bathhouses and aqueducts!

These kinds of LEGO exhibits wouldn’t be out of place in a museum and we long for more sets which focus on a vast city or landscape.

LEGO have duly delivered when it comes to appeasing the adult market in recent years, and their sets celebrating beloved landmarks are much loved by the community.

But while most of them cleverly master the intricacies of man-made buildings, this genius Mount Rushmore piece manages to go further and recreate the detailed craftsmanship behind the four individual president’s faces in America’s most famous sculpture.

Another creation from the talented Rocco Buttliere, this has our vote 100 times over for the next landmark LEGO set! 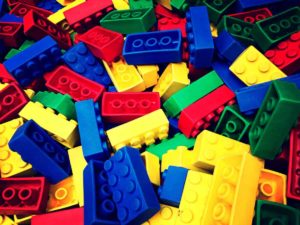 The best LEGO for adults: Challenging, large-scale builds for the older imagineer